May 1977, the newly formed band, The Ants perform for the first time in public at the ICA restaurant, The Mall in central London and are told to stop after performing just one song “Beat My Guest” in front of what was said to be a stunned audience.
They continue their set in the ICA theatre, next door, before comedian John Dowie took to the stage.
The photographs below were taken during the restaurant performance and the subsequent theatre show, they were first published in Ant News Today issue 9 in 1987. 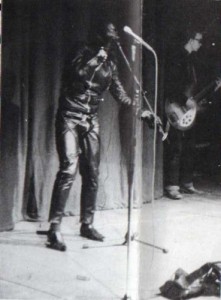 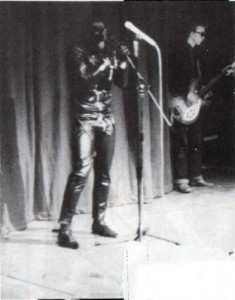 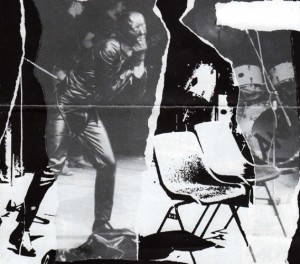 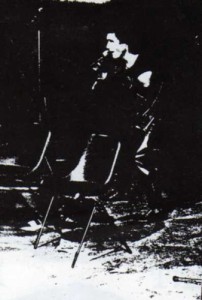 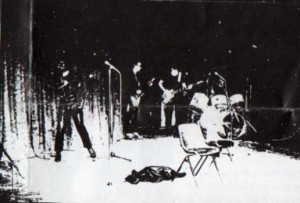 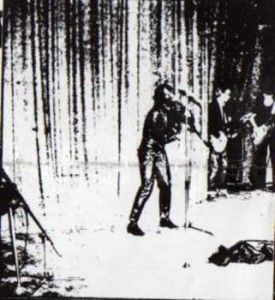 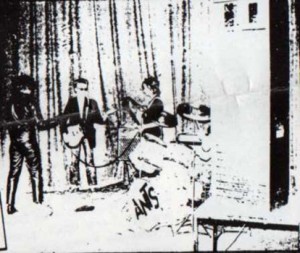 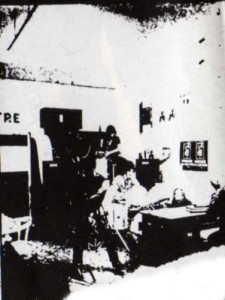 The Ants followed this debut with a couple of shows in the basement of the Man in the Moon pub on Kings Road supporting X-Ray Spex before headlining their own show there on May 25th.
It was after this last show that SEX shop assistant Jordan took on the role of manager for the band and also later as a part time vocalist during The Ants set for the song “Lou”.

Soon afterwards, through Jordan’s contacts, Adam got involved in the film “Jubilee”. He was given the acting part of The Kid and the band got to play a version of the song “Plastic Surgery”, which was featured in the 1978 release of Derek Jarman’s film. The song is also included on the soundtrack album for the movie along with “Deutscher Girls”, (original version rather than the overdubbed lyric release from 1982). It was to be the debut release for the band that would then be known as Adam and the Ants
The band at this time featured Adam (vocals and occasional guitar), Andy Warren (bass), Dave Barbe (drums), Mark Ryan (guitar) and Jordan (vocals).
They began to pound the gig circuit in their home ground of London playing such venues as The Vortex, The Roxy and the Marquee. They also started to get gigs out of the capital and played as far afield as Liverpool, Birmingham and Plymouth.

By October Mark Ryan was out and John Beckett, who was to be known as Johnny Bivouac for the 7 months that he is was the band, took his place. For this change of band members The Ants are no more, the band were then to be called Adam and the Ants. By this time the production company for the film “Jubilee”, Megalovision, were organising things for the band. They managed to secure a three month residency at the infamous Marquee club on Wardour Street during November, December and into January 1978. 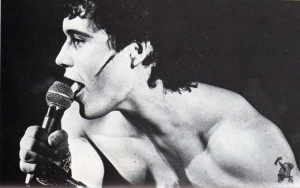 Throughout the start of 1978 Adam and the Ants played around England building up a solid fan base.
They also managed to record four songs (Puerto Rican, Deutscher Girls, It Doesn’t Matter & Lou) for the first of their three BBC Peel sessions for Radio 1 in January.
After this they completed the tracks Plastic Surgery and Deutscher Girls, which were to be used for the Jubilee soundtrack album. 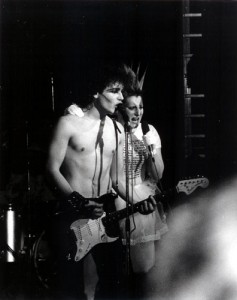 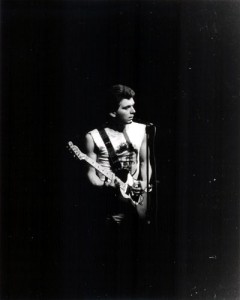 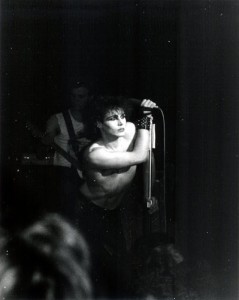 In May they played at the Roundhouse in Camden supporting X Ray Spex. It was another major turnaround in the band’s career as it is the last show featuring Jordan on vocals and Johnny Bivouac on guitar.
Shortly after this show auditions took place and 17 year old Matthew Ashman was enrolled as the new guitarist. He was thrown in at the deep end as within two months of joining the band they had recorded their second BBC Peel session (Zerox, Friends, You’re So Physical & Cleoptra) and had signed to Decca Records for a one year deal.
The deal with Decca produced a batch of demo recordings and the Adam and the Ants debut single; Young Parisians b/w Lady which was released in October and coincided with a short European tour successfully taking in Belgium, Germany and Italy. 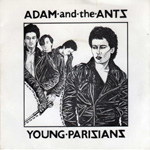 On their return to the UK, the band played a few shows around the UK before finishing with a 2 night residency at the Marquee club, the final time that they were to perform at the venue after having played a total of 14 times in just over a year.

In January the band set out on their first full national tour; The Parisians Tour starting in Leeds and working their way around most of England and Wales over the next two months.
In February the problems that had been brewing between the band and the record company came to a head and as a result they were released from their contract with Decca.
The UK tour was finished with a few more dates spead around England and the following month saw them sell out the Lyceum Theatre in London, which at the time Adam and the Ants were now possibly the biggest and most popular unsigned act in the country.
Two shows in Berlin followed before the band returned to London to rest and formulate plans for their future.

These plans were to sign with the Camden based “indie” label Do-it Records who put the Ants straight into Roundhouse Studios to record their next single, which was to be Zerox b/w Whip in my Valise. A series of adverts were printed in the UK music press to promote this release over a period of 5 weeks, each slowly uncovering details of the single before its release and culminating in full page spreads which included details of the forthcoming Zerox Tour in July. 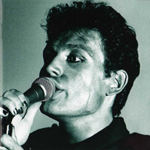 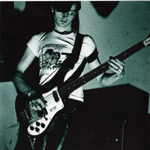 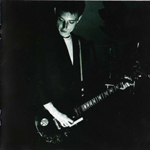 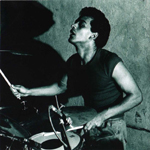 Following the tour, the band took on the major task of recording their debut album which was to be called Dirk Wears White Sox.
August was spent in the studio with Adam also taking on the task of producing the LP which was eventually released in late November 1979 to a mixed reception.
There was a lot of criticism in the press, which was nothing new for the band, and fans opinions varied, but whatever the case the album enjoyed a healthy long stay at the top of the independent charts in the UK which warranted subsequent pressings of the vinyl.
After the album was recorded, Adam and the Ants effectively split up for a few months. This left Adam and Dave to work on and record new material, re-enlist Matthew, bring Malcolm McLaren on board and eventually get Leigh Gorman in as a new bass player where they closed the year off with a show at Camden’s Electric Ballroom. 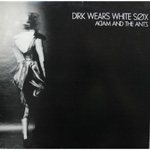 1980 would prove to be the most disruptive and eventually productive year to date for Adam as before January had been completed Malcolm McLaren, who had been paid for some temporary management advice, had in essence stolen Adam’s Ants in a coup that resulted in the band leaving to form Bow Wow Wow.
Adam was distraught but within a few days, after contacting ex Models and Rema Rema guitarist Marco Pirroni, was back on his feet.

The collaboration with Marco would end up as the longest-lasting and most fruitful working relationship that Adam would have and this started with a rewrite of the songCartrouble which would be the single to release Adam from the Do-it contract. 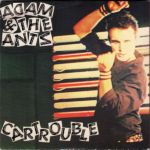 This recording session proved to be to thier benefit in more ways than one as the producer that Do-it records assigned was one Chris “Merrick” Hughes, who built up such a rapport with Adam and Marco that he was enlisted as the band’s permanent producer and also took on one of the drum positions along with ex-Model Terry Lee Miall.
This left only a bass player to find, which they did shortly afterwards in the form of Kevin Mooney.
With the new band complete they began to practice and write in earnest to show Malcolm, the ex-Ants, the industry that Adam and the Ants may have received a knock but they certainly weren’t out of the game.

In April, the single, Kings of the Wild Frontier had been recorded and the following month the Ants Invasion Tour began its assault on the general public starting and finishing in their home town of London, the band played 15 shows in 18 days debuting a new set of songs along with some reworked favourites.
After the last night at the Empire Ballroom, record companies were stumbling over each other to get the band on their books, CBS were eventually the victors where they wasted no time in putting out the Kings single and then putting the band straight into the studio to record the album of the same name.