FOLLOWING HIS SOLD OUT UK TOUR, ADAM ANT CELEBRATES THE 35TH ANNIVERSARY OF HIS LANDMARK

“KINGS OF THE WILD FRONTIER”

Adam will play the classic album in its entirety and in sequence for the first time out of the UK. 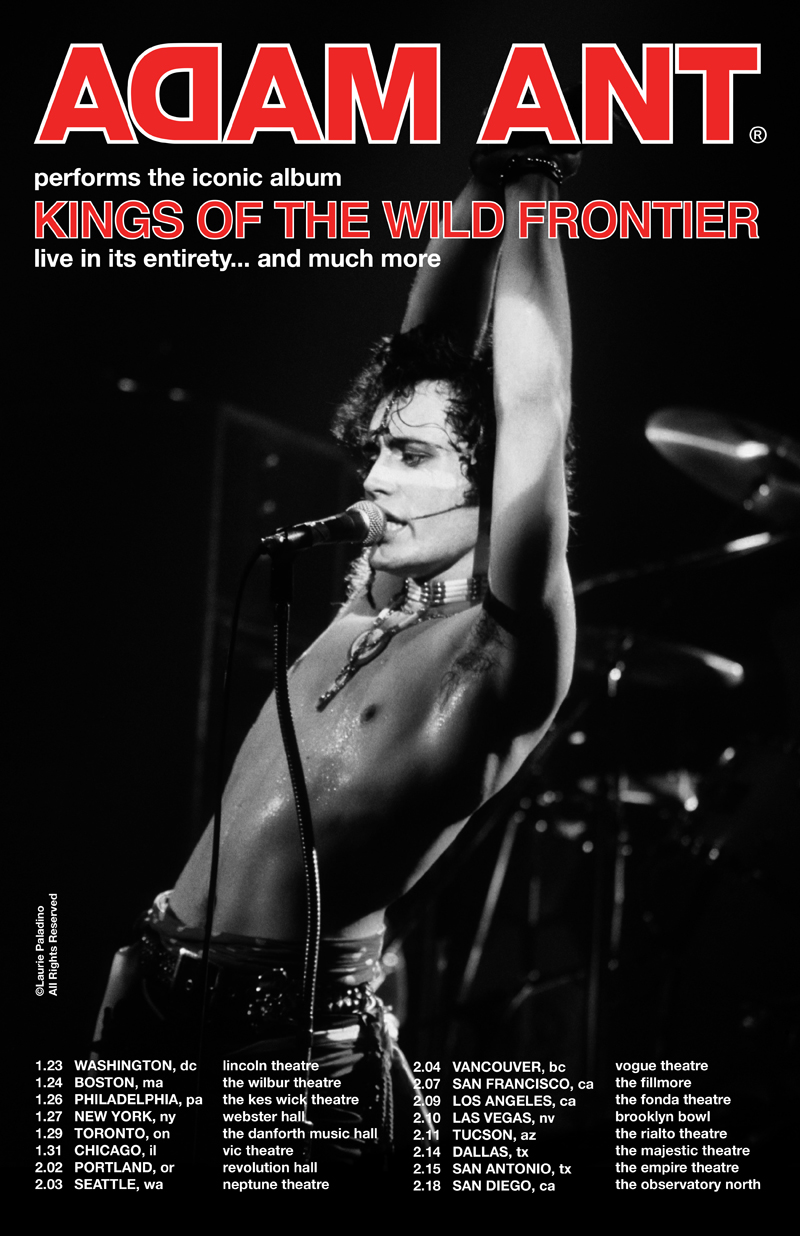 The dates for the 16 date tour are as follows:

TICKETS ON SALE THIS FRIDAY